Yesterday, October 19th 2009, a group of PKK followers and supporters who came from the Qandil Mountains and Makhmour Camp, passed the Habur border and headed towards Turkey. The group of thirty four were led by the spokesman Mohammad Sharif Ging Dag. 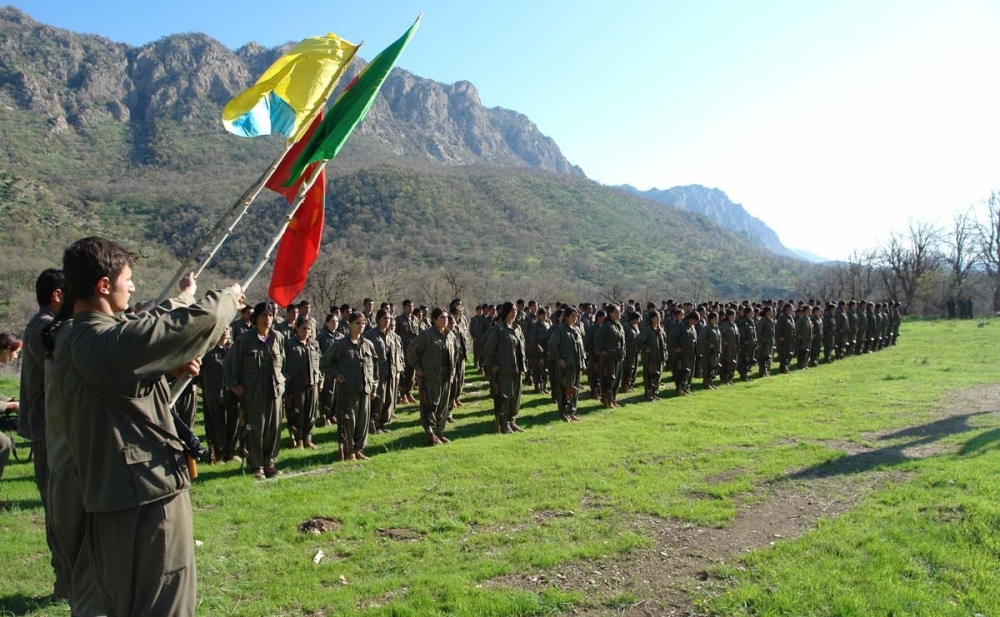 Eight in the group were fighters, including Hussein Apec, Noureddine Turgut, Musa Tomak, Wilite Yakut and Elif Uludag. The remainder were immigrants, including four children. On the Turkish side, around 100,000 patiently waited for and received them. A call made by the pro-PKK Democratic community party and the presence of the Secretaries of parties, Ahmad Turk and Emine Ayna, made this possible. Mayors and local leaders belonging to the Democratic society party (DTP) were also present.

This peace group is an initiative towards strengthening confidence between Turkish and Kurdish Turkish parties, where each party has dealt with this incident with some caution and much trust. The PKK has sent a group that is not engaged in military confrontations and is not wanted in any offense. However, the supporters of PKK have demanded Turkey to celebrate this event. They also wanted to be photographed by the media as a kind of Kurdish victory, which was blessed by the leader in detention Abdullah Öcalan.

The Turkish State has accepted the subject with ease and were relatively open minded. They conducted some formal legal procedures which only took four hours to complete. After the procedures, group members could return to their families. This is an indication of a prior agreement between the parties, and the promise that Turkish people were about to end an era of bloody suffering which lasted more than 25 years. However, Erdogan’s government has employed this work from another side, proving that the government was able to maneuver with the Kurds politically. This sent a strict message to the Turkish military establishment, which proved to fail getting over and finishing the party, through its long war with it.

Erdogan’s Islamic party will reap the benefits of this incident in terms of public opinion throughout forthcoming elections. This party will, step by step, show that the political Islamic movements in Turkey can play both local and regional roles that the secular state oriented by Ataturk himself setup.

Nationalist Turks such as Deniz Baykal and Devlet Bahceli (leader of the Nationalist Movement Party), have opposed this step and the plans of Recep Tayyip Erdogan. Knowing that the current government contain 89 Kurdish Deputies, they fear if Erdogan wins the elections he will increase the Kurdish representation. This would surely complicate national dilemmas in Turkey, as most Kurdish streets are politicized. The popularity of PKK may also grow, thus marginalizing other movements that have been supported by Turkish intelligence- services such as Turkish Hezbollah, to form a peaceful Islamic Kurdish cluster facing this insurgent leftist party.

This goal from the PKK was brought forth by Öcalan, who is serving a sentence in Imrali prison. The initiative came within the framework of the roadmap he prepared in prison on October 9th, after a meeting with his lawyer. Various Turkish media outlets confirmed through a statement from State Minister Bülent Arınç that there was an agreement between Turkey and the PKK on the necessity to continue receiving other peace groups making their way to Turkey.

Erdogan stressed this trend in his announcement, and the PKK has, in turn, assured the news that other peace groups will be coming from Europe and heading towards Turkey on October 28th, 2009. The names and exact amount of those groups remained a secret. It is noteworthy that the Turks assured the groups will be in the hundreds, whereas the Labor Party announced only three groups. They noted that both Turkish President Gul and Prime Minister Erdogan welcomed this step. We have learned from reliable sources that the peace group that crossed into Turkey was carrying a letter from the PKK containing various proposals from Öcalan. Those proposals are summarized as follows:

On October 23rd, 1999, after the arrival of the first group to Turkey, Turkish Authorities announced that it would refuse to allow entry to groups from Europe. This was due to the conduct of the Democratic Social Party in how they created parties and held public speeches for the peace group. This demonstrates that Erdogan doesn’t want this initiative to be of a higher interest to the Kurds, at the expense of his party. In case he allows other peace groups to enter Turkish Territory, the DTP Democrats should not employ this entry in a way that weakens the prestige and state of the ruling party. It should also present the ruling party as the sponsor of Kurdish claims and demands that could be achieved under a national balance to come with circumstances in the future.

It is difficult to determine the extent of the political dimension in Turkey that has heavily suffered from the PKK. The International forces today stand alike, both for Turkey and its internal problems. Thus, we may present the following through these axes:

It is well known that Turkey is one of the forces most involved in NATO. For the US, it represents a moderate line within the Muslim community. There is no doubt that this status makes it a central pillar in the Middle East conflict panel. The PKK’s present attitude towards the US will have a negative impact, in case this string of activities were different from their most obvious enemy, Iran. This is why the United States seeks to convert Kurdish jihadist pressure, as it will feed into the framework of growing International pressure concerning the Iranian nuclear situation.

The shift to Turkish policy supporting Palestinians and Hamas, in addition to its role in promoting Syrian economy through privatization of small projects and renunciation of the joint military exercises with Israel recently, are all signals for the Russians that Turkey is only concerned with their own personal interests. Today it aims at opening economic investments with neighboring Arab Countries, as an alternative to the Turkish dream of joining the EU, which has always been decided against.

The EU fears admitting Turkey, yet it finds it necessary to strengthen the Turkish regime, in order to block Islamic terrorists from crossing the borders of Turkey heading towards the European countries, which have suffered enough bombings similar to Madrid and London.

This brief overview demonstrates the International consent regarding the role played by Turkey in the Middle East. This is the main reason why general powers have put pressure on the PKK group, in order to be forced to accept a truce or reconciliation with the Turkish establishment. The question is, will Turkey benefit from this reality?