That most of those who executed the explosion of Palestine branch on the airport road was students in Fatih al-Islam Institute, All the while, the Syrian Authority was embracing and encouraging the activities of the Institute. They took into consideration the requests of its Sheikhs who were well known as being religiously moderate and of being discontent with the Muslim Brotherhood Movement and similar groups branching out of it. 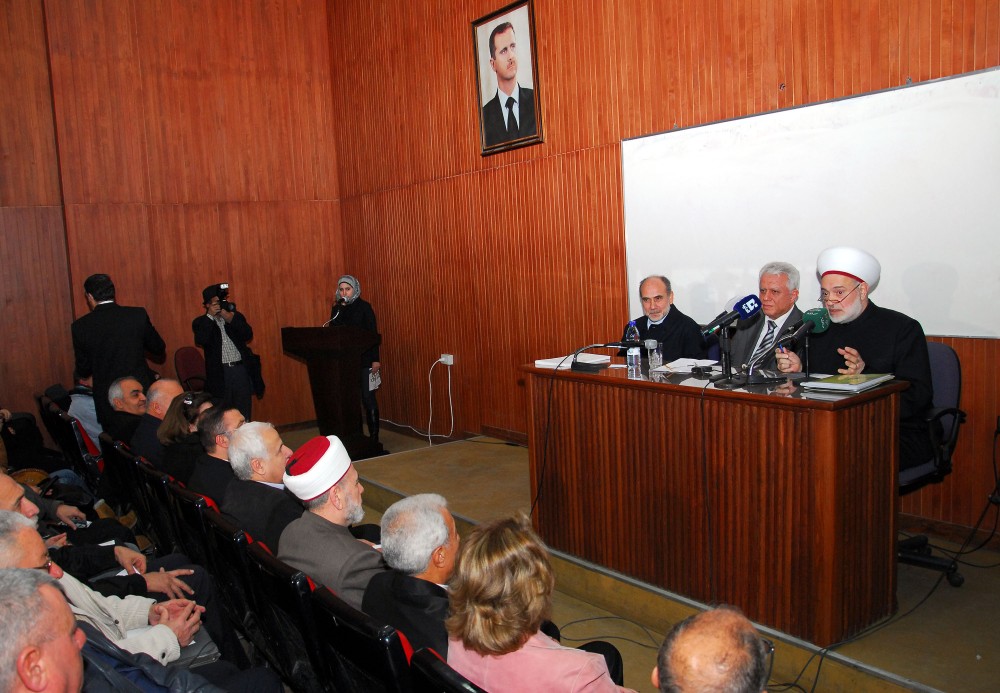 The Institute, through hosting many extremist students, has created an atmosphere for such extremist Islamic discussions. While claiming these discussions were moderate, they have allowed for the development of communication among Muslims in the region of Bilad al-Sham and the exchange of concern for the reality of Muslims in each country. This has transformed the general atmosphere and most of the discussions and lectures within the concept of what is known as the religious national method, concentrating mainly on the Arabic issue.

This led to many Arab nationalists who were of secular parties to reform towards Islam, towards beliefs of the Institute and its benevolent association, which hold much of the social political Islamic concepts for the religious. Much of this is unclear to even the Syrian authority, who always claim they are fully aware of such ongoing developments and information.

However, Sheikh Husam Aldeen Farfour has been prophesied by the appointment of Al-sheikh Abed Alfatah al-Bazam, who is known for his close relationship with the political authority in Damascus and for being highly educated in legal sciences, as the director of the Institute. This matter enables the Institute to make distinct communication with Azhar University in Cairo. This has increased the number of groups targeting the Institute from the Horn of Africa regions. These include Somali, Eritrean and Sudanese students studying in Syria, especially as Sheikh al-Bazam has been the Mufti of Damascus since 1993.

This has provided a varied database for the political authority in Damascus. This has also resulted in the flourishing of the Institute and its association in a very distinctive way, as was the case with all common Syrian religious schools.

Those who have changed the course, direction and concept of the Institute are as follows:

Addounia, a Syrian TV channel claiming to be independent, has released footage of the execution and explosion of a targeted airport road that the Palestinian branch carried out in Damascus in November. The aforementioned names and descriptions were well known. It was clearly stated that their meeting point to construct their operation base within Syrian land began in Damascus with Fatah al-Islam. Members got to know each other through religious meetings that where held in the Institute, and some even slept there. Despite the important names that have been mentioned, such as leaders and links of al-Qaeda in Syria or the Fatih Al-Islami organization in Lebanon, Sheikhs of the Institute were unable to provide them to Syrian prior to the incidents. This matter has demonstrated a dangerous precedent concerning the role of the widely spread religious schools and institutes in Syria 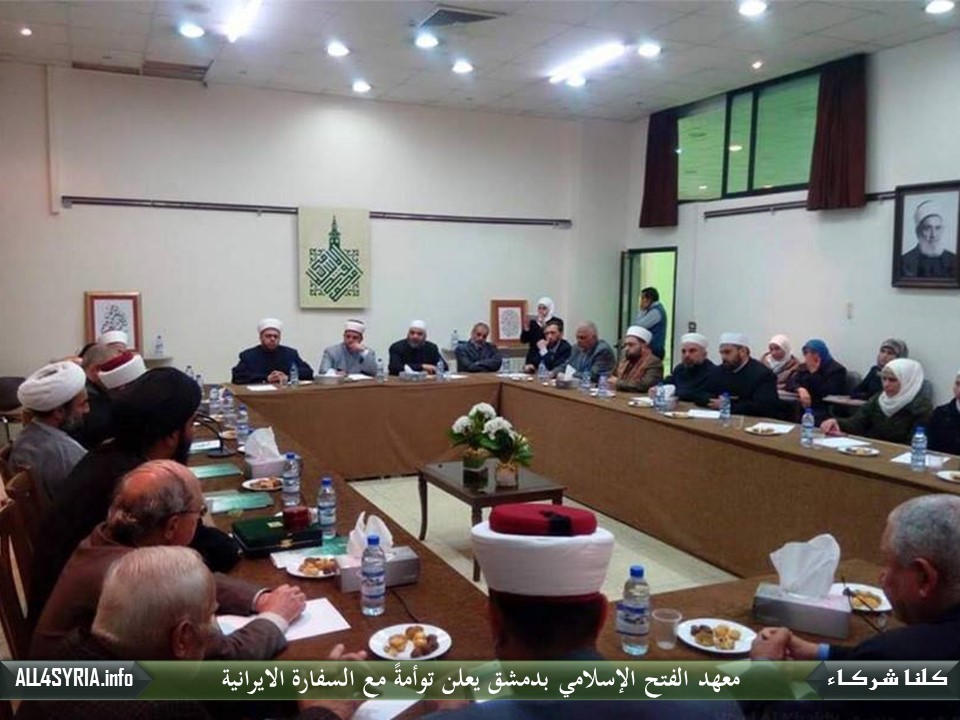 Reasons for an increase of Salafism inside the Institute:

The Salafi currents have the ability and the legality to merge in any sort and shape of the Islamic discussion. The concept of Jihad has allowed them to make use of the discussion for the sake of the invitation and gaining approval. From this perspective, many Salafi legal and science experts might surpass both legally and religiously over those who attend legal religious schools, especially since the concept of success reaching higher religious grades has much to do with the relation between the Sheikh and the trainee, or student.

Due to the fact that most of the social values have become spoiled, the concept of success in these schools has also become connected with the general criteria of corruption. Many of the students who graduate are incapable of getting into any sort of serious legal discussion with extreme religious adherents, or even with strict people with very little religious knowledge.

Both Sheikhs al-Bazam and Farfour have encouraged discussion within their legal association and Institute as a result of their self-pride through their expertise in legal sciences. However, the Syrian authority, through making use of these two personalities throughout social, religious and national occasions, has distanced them of pursuing real discussions within their associations. The religious associations in Syria suffer from central decision making as a reflection of their political partnership with the central authority in Damascus. In turn, the absence of rational judgment in all religious Syrian associations and the increase of corruption inside them converted many towards the standards of gaining money. For these schools and Institutes have an income which equals the budget of the Syrian state from the Mosques and its followers. Any sort of payment concerning social affairs is ruled by the official decision, and the amount of money that is distributed among heads of the schools. This also includes any other side who have allowed them to work on any project whether social, cultural or educational within Syrian land.

Thus, what happened inside the institute of Al-Fatih Al-Islami is an incoming matter in all of the other religious institutes and schools that could cease down every other and then but eventually it will explode changing the social reality in Syria from moderate Islam

The report in Arabic: