Heroic statues seemed to grace every corner. Even the doors of wooden houses sported elaborate carvings and colorful paintings. It was not at all an ordinary city for me; every single detail was fascinating and beautiful. I was eager not to sleep too much in order to walk around all the streets and museums. Only one thing scared me: visiting the Jewish Museum.

I did not even dare to write about this incident until now, 11 years later. When you are a Syrian native in a culture totally hostile to Israel, you fear approaching any Jew—let alone visiting one of the main Jewish temples in the world, the Dohány Street Synagogue in the city of Budapest. 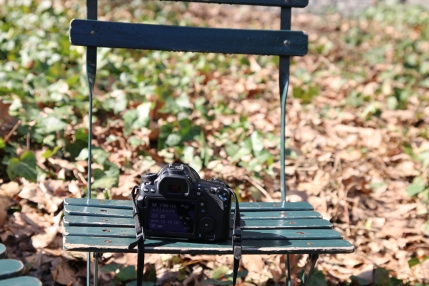 I am surprised now that I did dare, in 2004, to break the taboo. I waited my turn in a long line toenter
the temple and related museum. The first moments of horror came when a nice person asked me to write my name and country in the visitor guestbook. I remembered then the indoctrination all Syrian students receive at school, which calls for the extermination of all Israelis and their expulsion from the land of Palestine. This Syrian Arab national discourse is a systematic speech from childhood onward to plant hatred toward everything related to the state of Israel, and it is quite difficult to get rid of or ignore.

Before entering the temple, I thought about all the excuses I would present to the security officers back in Syria who might investigate me if I was caught or photographed by anyone while entering the building. The temple is a truly religious place and not a representation of the State of the enemy of the Syrian regime. I kept repeating those words in my mind, but when my eyes landed on the Star of David in the building, I realized that the most understanding and easygoing security guard in Syria would never ever believe me and would probably never give me a chance to discuss it. Instead, he would rush to beat me and even charge me with great treason.

The  security officers in Syria are not normal human beings. In short, they are figures who failed at school and then were transferred to the army by their parents. The army is not remotely based on any social or military progressive values; rather, it is based on corruption, bribery and viciousness, where the officer’s only expression of communication is, “Hey, you animal!”

And when such an officer becomes the security investigator and any intellectual or thinker falls into his hands, all kinds of sadistic acts begin. The officer cannot accept the idea that his opponent might be cleverer or even more cultured than is he. It is the duty of the intellectual to express his admiration of any idea or point of view announced by the investigator; otherwise he will be punished, detained or denied permission to travel.

Feigning stupidity isn’t easy. But it is an act that all Syrian intellectuals must master if they want to survive.

I lowered my head, holding the pen, and I wrote my name quickly. When it was time to write the name of the country, I lingered for a moment, checking quickly all the ones written before me, and did not find the name of any Arab country. That was when I realized I was in real trouble. I wrote “Syria” and smiled at the young man in the reception area. As I prepared to enter the synagogue, a young woman called to me in a soft voice, asking, “Would you like to wear a kippa?”

I laughed inside and said to myself, I was worried about the Star of David — and now the kippa. God knows they will skin me at Damascus International Airport.

The Syrian regime, through its mechanism of security and media horror, has made us feel that we as Syrians are targeted by all countries of the world, and that the first interest of the Jews of the world is trapping and recruiting the Syrians. Surely I knew that this theory was part of the fake nonsense of the Syrian regime, but to tell you the truth, at the time I felt scared.

The temple was simple and similar to an Orthodox church in its complete absence of images. Suddenly, I was filled with ecstasy. But I did not dare to take any photos. Any picture would have been true evidence of a crime that I might be investigated for and charged with upon my return to Syria.

Beyond the temple a road led us to an attached garden where some tourists took photos and others recited prayers in front of a steel weeping willow. Each leaf of the tree was inscribed with the name of a Jewish Holocaust victim. After the park, I entered the small museum. I saw a few candlesticks and other relics, but soon found the most important content: huge photographs filling the walls, which told the stories of how the Nazis tortured the Jews and dragged them chained. To witness death in pictures bigger than yourself makes you feel helpless, and makes you realize how small you are in the face of such an event.

Today I remember these wrenching images in a completely different manner. They remind me of how, every two weeks, the Syrian security dragged us out of our cell and tied our legs and hands in a chain connected to each other, covered our eyes so we could not see anything and then dragged us in a herd to shower. On the trip from the cell to the bathroom we could hear insults and were constantly hit with sticks. Once inside the bathroom the guards freed our legs and hands and we could remove the blindfolds. It didn’t matter whether the water was cold or warm. All the shower meant to us was rubbing our bodies with the soap that seemed unable to remove the accumulated dirt. We had to remove the dirt using our long nails, just to convince ourselves that we were clean.

Anyway, I marched past those helpless faces lining the walls in the museum. At the end of the hall I walked down a few stairs and found a small room. I didn’t know if it was a place for prayer or donations, but it certainly made me feel relieved. I also felt disturbed — lost between my fear of what was waiting for me next and what I had witnessed with my own eyes.

Yes, I had been pretending not to be moved by what the photos showed at the museum, by the cruelty and breakage of the human soul, simply because I was not allowed psychologically to show any kind of sympathy, where my photo could show me in that state and betray me in Damascus as “sympathetic to the enemy.” That small room could accommodate only one person, but at the time it seemed to me the largest room ever, because it allowed all the sensation and noise I felt inside me.

The photos of the Holocaust in the Jewish Museum of Hungary are a constant reminder of terrorism against humanity, because they clearly demonstrate how a criminal ruler controls one’s family. The eyes of the tortured ones were screaming through those pictures: Isn’t it enough…. Isn’t it enough….

Their voices are screaming still, at this very hour, but a huge wall prevents them from reaching the decision of those carrying the dove of peace.

Kippa is the name of the Jewish hat

Issam khoury wrote this report in Dec 2015, The Synagogue and the Syrian Regime is a part from new book